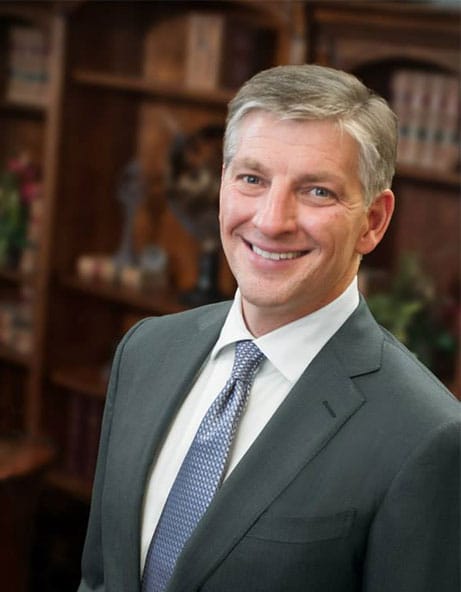 From the time John was 8 years old, he wanted to be a lawyer. For practically all his life, John has lived in Cary, North Carolina. He attended the University of North Carolina in Chapel Hill and Campbell University School of Law. While at Campbell, John was named to two national moot court teams, and the law school's faculty recognized him as one of the nation's best, up-and-coming lawyers.

After graduating from Campbell with honors, John initially worked for a law firm that defended claims filed by injured people. After seeing from the inside how insurance companies and big business attempt to work the legal system to maximize their own profits, John quickly realized that accident victims needed a strong and aggressive advocate to stand up and fight for them. So, in 1995, he changed firms and since then, he has focused exclusively on representing people throughout the country who have been injured by trucking collisions, medical negligence, defective products, and on-the-job accidents.

Known for his strong work ethic and attention to detail, one of John's most notable achievements occurred in 2000 when he represented a young mother and her daughter in a case against the State of North Carolina for serious injuries that they suffered when their mini-van was struck head-on by a Department of Transportation dump truck.

At that time, a damages cap limited the amount of damages that could be recovered from the State of North Carolina to a maximum of $150,000, which was less than half of the mother's medical bills. Through John's efforts and against considerable odds, he was not only able to persuade the General Assembly to increase the cap to $500,000, but he also instituted ground-breaking lawsuits that resulted in the family recovering a settlement that was more than 10 times the amount initially offered by the State.

John is licensed to practice law in all North Carolina federal and state courts, and he is a very active member of the North Carolina Academy of Trial Lawyers and the American Association for Justice. John devotes a considerable amount of his time to teaching legal concepts and advocacy skills to other attorneys and law students, and his articles are frequently published throughout the State.