Do You Need a License for an Electric Scooter?

Do You Need a License for an Electric Scooter? 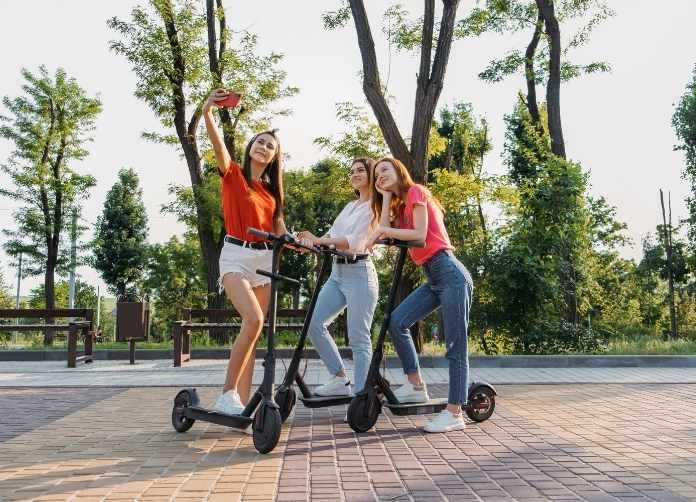 Although scooters are typically classified as bicycles under traffic law, they can still be considered motor vehicles and require licenses in certain states. Here's what you need to know.

Many people think that electric scooters, also called e-scooters, have to be registered with the DMV before you can legally operate them. In reality, however, there are no restrictions on where you can use an e-scooter. You don't need to be licensed to run it, and there are no restrictions on how fast you can travel, but this also depends on where you will be operating the e-scooters.

Electrically assisted bicycles are legal throughout the United States. However, e-scooters are not subject to federal laws governing motorized vehicle sales. The cities and counties in the United States that have enacted laws for e-scooters include:

We can expect more laws to be passed like this throughout the country, including in North Carolina. Because there is no need to register an electric scooter with your state DMV, it's perfectly legal to operate them in every state except California.

2. Do You Need a License for an Electric Scooter?

Everyone agrees that electric scooters are a fantastic invention, but Do You Need a License for an Electric Scooter to use on the street? Unfortunately, this is a question that everyone who has ever purchased one of these self-propelled devices will have to answer for themselves.

Some people argue that because the scooter does not have an engine, it should be considered a bicycle or moped and, therefore, not subject to any laws regulating its use. However, many towns and cities across the United States have banned electric scooters or require the helmets required for on-road motorcycling to be worn.

Do You Need a License for an Electric Scooter? In other words, can you legally ride around on a self-propelled skateboard with no engine, no brakes, or proof of insurance? This answer varies from state to state. Each state has its laws defining the use of mopeds, electric bicycles, and electric scooters.

While you're not required to have a driver's license or any other special license to operate an electric scooter, having one is still a good idea. Suppose you're involved in an accident and are injured without identification. In that case, the investigating officer may suspect you are operating illegally, mainly if a witness describes your scooter and gives you a license plate number. In that case, it would be best to have identification on hand. Especially if there are personal injuries.

Different localities have different rules for operating e-scooters, so it's good to check with the DMV in your area before taking off on a ride. Also, remember that in some states where e-scooters are not considered motor vehicles, you might be able to ride them without insurance.

With the popularity of electric scooters on the rise, it leads to a fundamental question: Do You Need a License for an Electric Scooter? The answer is simple: in most states, if your electric scooter is classed as a motorbike or moped, then yes, you will need a license. However, it's essential to understand that not all states define these vehicles in the same way, so always double-check your local laws to be safe. And remember, if you or a loved one was injured in an E-scooter accident, you might be eligible for compensation. Reach out today to our accident lawyers.